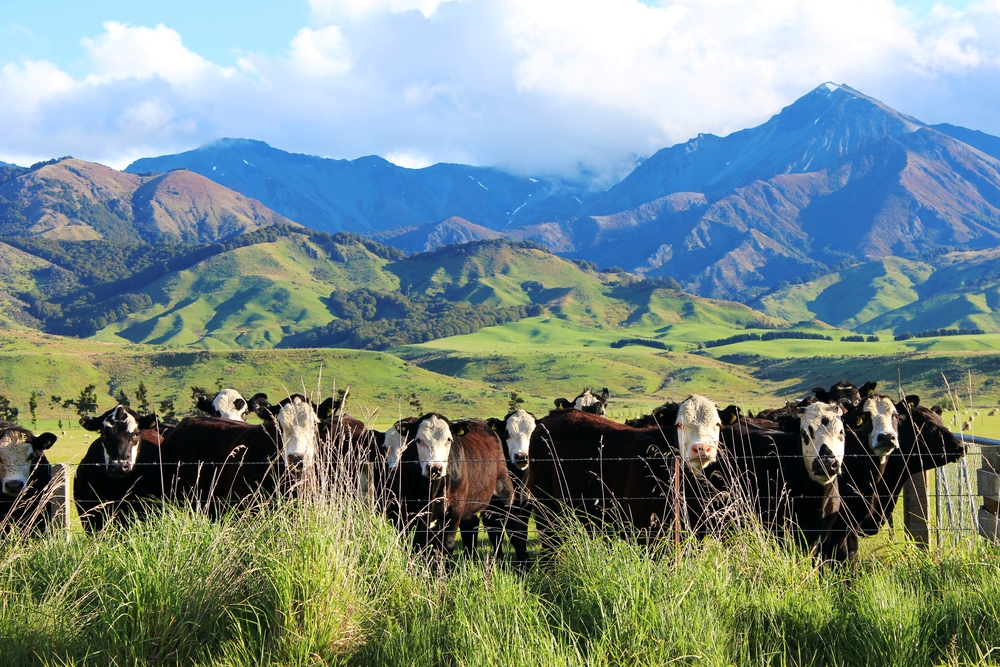 As of last summer, the island nation of New Zealand was home to 6.3 million head of dairy cattle, up 82 percent over the last two decades. The country also holds 3.8 million beef cattle, 800,000 deer and a whopping 26.8 million head of sheep. That’s a lot of livestock for a country of about five million people.

That’s also a lot of methane emissions, mainly in the form of cow burps and farts. (When it comes to cattle, about 90 to 95 percent of the methane produced comes from burps.) Agriculture is responsible for more than half of the methane production across New Zealand, and methane is a huge contributor to global warming and air pollution. In an effort to cut down on the greenhouse gas emissions, the government unveiled a new tax proposal last month.

By 2025, all farms across New Zealand would have to track and manage their greenhouse gas emissions, and pay a levy according to how much they are pumping out. They could also earn credits for planting crops that sequester carbon, including trees. This tax would be the first of its kind globally.

The plan was put together by the ruling Labor government, headed by Prime Minister Jacinda Ardern, along with primary sector groups. The government and industry partnership was named He Waka Eke Noa, from a Māori proverb, meaning “we’re all in this together.”’

Although climate change minister James Shaw told Reuters the emissions pricing system will play a key part in how the country cuts methane emissions, the plan has some detractors—some from Shaw’s own party. While he is a cabinet minister, Shaw is also the co-leader of the federal Green party, which believes the plan doesn’t go far enough.

The Green’s agricultural spokesperson, MP Teanau Tuiono, said it’s not clear if the plan will help the country reach their goal of being net-zero by 2050. Tuiono even tweeted “He Waka Eke Noa? He Waka Eke Nowhere more like.”

Some New Zealand farmers have asked to have greater input in the tax’s pricing structure. Meanwhile, other environmental activists say it simply won’t be effective at all. Instead, they’ve called for a drastic reduction in the amount of cattle, saying it’s the only way to truly cut down on emissions.

The proposal, and the specific pricing guidelines are still up for debate. Climate minister Shaw said the government would need to continue consultation before it commits to specifics of the plan. A decision is expected by the end of the year.