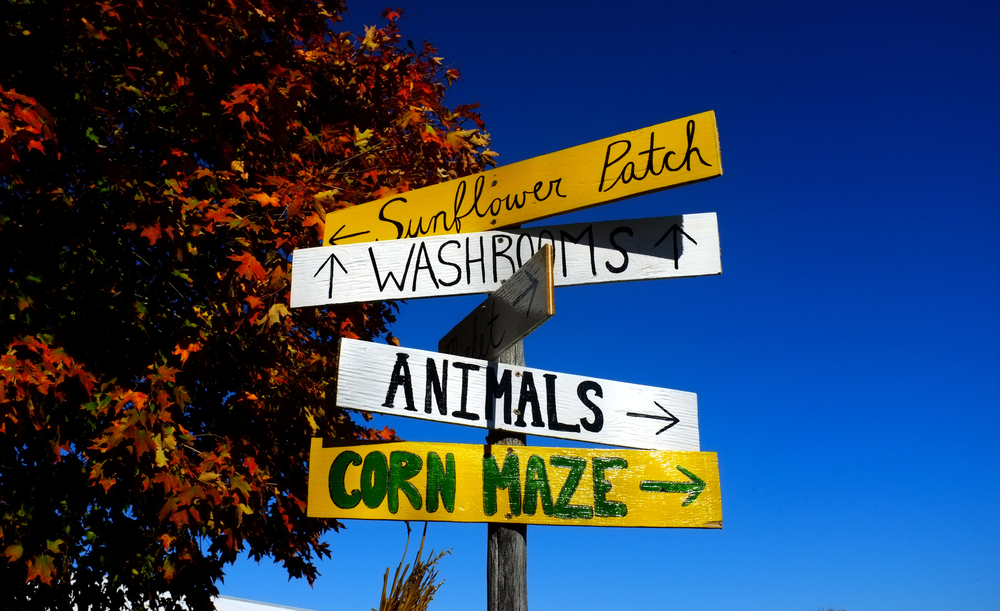 There’s an Apple Trail in Sonoma County and a Cranberry Highway in Wisconsin. You can walk along the Wildflower Hike in Oregon or amble across the Bourbon Trail in Kentucky. Each of these adventures falls under the banner of agritourism, involving activities that bring the general public to farms or ranches. It might seem frivolous to some, but the agritourism industry presents a boon of opportunities for many states and regions, allowing farms to keep doing what they do best: feed the world.

The trick for farmers is getting people to the farm in the first place. During the pandemic, farm tours and stays have been an easy draw for cooped-up families looking to get away. Agritourism has grown in popularity over the last two decades, with revenue tripling between 2002 and 2017. And with the strict travel restrictions during the early days of the COVID-19 pandemic, agritourism proved even more popular, providing a welcome solution for people looking to get away without leaving their state.

Now, farmers are working to maintain that surge of interest.

“We found that a lot of people were looking for things to do closer to home, so we tried to capitalize on that and offer a bunch of events,” says Elizabeth Riffle, owner of Riffle Farms in Terra Alta, West Virginia. Now, Riffle says her bison farm is also a tourist destination, and when people come out to visit the farm, she tries to make the experience memorable. The guests start with a full farm tour, checking out the bison enclosures and handling system. Plus, they get a first-hand look at how athletic bison can be. “[The guests] often don’t realize an animal that size can jump over a six-foot fence. It’s pretty crazy to watch, let me tell you.”

Visitors to the farm can meet the animals and pet and feed them. After that, Riffle cooks up bison steaks or burgers for a tasting. “Originally, I had to get you out there in order for you to get to my store,” she says. “That’s turned into a multi-faceted approach and something that I really love, because now there’s an educational component to [the visit].”

In 2019, Riffle Farms brought in about $4,000 in revenue from agritourism. In 2020, the farm’s agritourism profits shot up to $10,000. Now, with the U.S. back to normal and people resuming their pre-pandemic travel itineraries, Riffle is left trying to figure out ways to sustain the farm’s popularity of the previous few years.

Originally, the 2022 season mirrored the 2020 season, with events every month and open farm days. But Riffle found that not as many people were signing up, leaving her faced with a difficult prospect: With people back to their regular travel schedules, it would be harder to get them out to the farm.

Unexpectedly, the solution to Riffle’s problem might be found in slowing down. She began offering a few big events that became major draws, rather than many smaller invitations. “We were able to pivot and stick to some of the events that we know are tried and true and have brought us the most revenue over the years,” she says. Those are things such as its annual Bison Roast, which brings a crowd of hundreds to the farm. They also participate in the Preston County Farm Crawl, which opens up its farm over a weekend. Riffle has also added a tour and tasting once a month, where she can focus on a smaller group of people. “You don’t have to do an event every single weekend or every other weekend. You just have to be able to pull off a really cool event once or twice a year and you’re golden.”

In Albany, Georgia, Clinton Vicks is still figuring out his optimal ratio of events and guests. The owner of Vicks Estate, Farm and Fishery has increased the number and type of events he’s hosted this year, experimenting with what might work best for both him and his guests. “I’m hosting tours weekly,” says Vicks. He also hosts Taste of the South barbecues, where he cooks and grills for guests, showcasing meals such as jerk chicken and grilled asparagus. This fall, he’s expanding to indoor offerings, beginning with a high tea. “It’s a tea salon, where we combine traditional high tea with southern tea, and present a five-course meal.”

In addition to hosting people on his estate, Vicks is a teacher, and he sees education as a primary component of his work. When people come to his farm, he’s able to give them a memorable experience, as well as a lasting lesson in getting closer to nature. That’s an especially important goal for Vicks to provide to his Black guests. “For the past 10 years or more, there’s been a push within the Black diaspora to return to the South and reclaim lands,” Vicks explains, noting that he himself is part of that movement. “We’re worn out…Now, we’re prioritizing our life over our careers.”

That’s partly why Vicks joined the Southwest Georgia Agritourism Trail, partnering with Airbnb, in which all the experiences available to guests are hosted by Black farmers. Vicks is clear that although he is welcoming the Black community into his home, it’s never been his goal to cater only to that community. Instead, being a member of the trail is a platform that helps him introduce more people to farming, by “bridging the gap and eliminating the tension” that he says many people find when it comes to agriculture. “I live by the motto that Gandhi had, which is to create the world in which I wish to live,” Vicks says.

Part of that world involves everyday people becoming more comfortable with where their food comes from and the work it takes to produce it. It’s a lesson that many state tourism boards also aim to showcase for tourists. California, for instance, produces almost half of the country’s nuts, fruits and vegetables on nearly 78,000 farms. As a result, the state tourism board works to group experiences together, advertising wine trails or fruit tastings for anyone it deems “agri-curious.”

Florida’s Agritourism Association developed an app to help people find their perfect trip. In an email to Modern Farmer, representatives for the board say that agritourism is essential for many farmers and producers. “Farmers struggle from year to year and season to season to keep their revenue stream,” they state. “Agritourism literally has saved many family farms.” The board says it has seen a jump in membership over the past few years, with 80 new farms joining up in 2021 alone.

Of course, agritourism only works when it’s carefully planned and welcome. A few years ago, a farm in Flamborough, Ontario was overrun by people clamoring to take pictures in its sunflower fields. The farm had opened up for the day, thinking it might see a few dozen, maybe a hundred people. Instead, thousands of people descended, overrunning the highway, crashing onto the fields and damaging the crop.

That kind of enthusiasm, while exciting, is something Vicks and Riffle keep in mind as they promote their own farms. They want to entice a good number of people to come and visit without getting overrun. In addition, marketing their events is extra work for which they have to make time—neither farmer is a full-time influencer. But Riffle says she is trying to push herself when it comes to promotion.

“I love that people are now on social media, getting that perspective of what farm life is really like and what it actually takes to milk a cow and feed the chickens,” says Riffle. “I think agriculture in general is behind the curve when it comes to traditional business marketing, but we’re catching up. And I think it’s going to help catapult the industry into the public eye…All of a sudden, people want to come visit. Like, ‘can I touch the cow? Can I take a selfie?’ That’s awesome.”